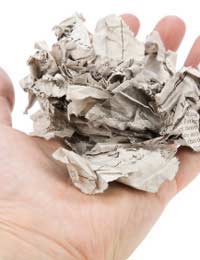 Although the segregation of the genders should not be overly encouraged, occasionally it's the right thing to let the girls and boys do their own thing for a change. After all, girls just want to have fun! Girls tend to prefer games which require conversation, thought and not too much activity, though of course that is a huge generalisation. Having recognised that, though, here are some games that might suit the girls better than the boys.

This game does not necessarily sound like the most appropriate game in the world, but it is actually hugely popular with girls' groups such as the Girl Guides all over the world. It requires no equipment and no set-up - a youth leader's dream! It is also one of those games that might end up with the entire group in hysterics.

You'll need to ask for a volunteer to start things off - if no one looks keen, ask a leader to do it. You then whisper a word to the volunteer, who has to turn round with her back to the audience and write the word in the air with her bottom; this will lead to considerable mirth, but the object of the game is to guess the word correctly, so you'll also have to keep a close eye on whose hand shoots into the air first. Whoever guesses the word correctly becomes the 'writer' for the next round.

This game requires several copies of the same newspaper, one for each team, a list of questions, and pen and paper for each team. The girls are given five or ten minutes to read the newspaper and to absorb as much information as possible. The leader then reads out a list of questions which the girls have to answer based on what they have read - or haven't read, as the case may be! (They are unlikely to do well unless they organise themselves to read one section of the newspaper each - a trick that not everyone works out immediately.) The winning team receives a prize.

This is one of the best games to help youth groups learn about current affairs and the skill of reading newspapers, sifting for the vital information rather than attempting to retain it all. You can also then play Headlines with the newspapers afterwards.

You'll need to collect some old newspapers, some glue and some plain paper, plus some scissors. The game's object is to create new headlines using words from other headlines. This appeals to the girls' creativity, ingenuity and sense of humour; frequently they will come up with surprising, unique and humorous results. You might want to consider giving prizes to the creators of the best three headlines. This is one of the best games to play with a small, mature group on a wet afternoon when the weather curtails any more active games.

Here's another game you can play with the newspapers! After all the fun of the two games above, the girls may want to do something a bit more active. Thankfully Snowballs is a great way of letting off steam after some quiet games - and it uses the same equipment! Each team must tear their newspapers up and scrunch up various pieces to make 'snowballs'. Make sure each team has roughly the same number, otherwise the game will not be fair.

Each team then separates into their own quarter of the room or space - you may wish to mark out the different areas for clarity. On the word, "Go!", each team must throw their snowballs out of their own area. The object for each team is to have no snowballs left. Of course, it is very unlikely that any team will manage to do so, so call a halt after a few minutes; the team with fewest snowballs remaining wins.

Enjoy playing this games with the girls in your youth group.

Why Play Gender Specific Games?
Share Your Story, Join the Discussion or Seek Advice..
I am not really sure this will work out for the girls in my class because they mostly talk about boys and most of them I consider "MEAN GIRLS "
Dedra - 25-Apr-17 @ 10:44 PM
In my cell youth group I have two girls who don't get along how to I manage to keep the waters cool
natasha - 16-Jul-16 @ 2:43 AM
Title:
(never shown)
Firstname:
(never shown)
Surname:
(never shown)
Email:
(never shown)
Nickname:
(shown)
Comment:
Validate: