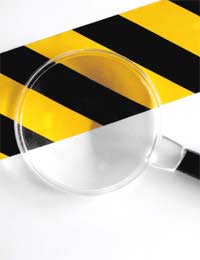 Murder Mystery games have been firm favourites with youth groups for decades. This is no surprise, with their mixture of suspense, thrills, deceit and danger. However, such games often take a large amount of time and money to prepare, as anyone who has hosted one in their own home will surely know. This article will discuss the full-blown murder mystery games, but it will also take in a couple of easier options for the struggling, cash-strapped youth groups leader along the way.

This has to be the most famous of all Murder Mystery games, and one of the most simple to set up, requiring no equipment other than a couple of sheets of paper and a pen. There are also dozens of variants which allow youth leaders to set up the game based on the number of people present. Here is the simple outline of the game:

Depending on the size of the group, you will need to decide how many members of the Mafia there are going to be. Usually for a small group one is sufficient, but if there are more than 10 or so, you'll probably need two. You will also need to appoint a detective. The rest of the group are 'villagers'. The best way to dole out these separate jobs is to write letters on scraps of paper to be placed in a hat, and have each child take one piece of paper out and read it secretly. When everyone knows what their 'role' is, you can collect up the pieces of paper again for the next round.

the leader acts as a narrator. You can make this narration as exciting or as simple as possible, depending on how creative you're feeling, but the first round would follow these lines: "As everyone falls asleep, the Mafia, and only the Mafia, awake! (The Mafia must then silently choose a victim to 'murder'.) Then the Mafia go to sleep. Now the Detective awakes! (The Detective silently chooses someone to investigate. The narrator must tell the detective, silently, whether that person is a Mafioso.) Then the Detective falls asleep... Now, everyone in the village wakes up!"

The narrator must inform everyone of the murder of one of the villagers. Now comes the interesting part: the group must discuss between themselves who is likely to be the Mafia, based on who was murdered and who looks shifty. You will need to limit the time for these discussions as they tend to go on for a long time!

Eventually the group must nominate at least one person to defend themselves against the accusation that they are a murderer. Often there will be more than one nomination. After they have defended themselves for a short time, the group must vote on who they think is guilty - that person is then sent away and executed. This process then repeats itself until the Mafia either kills everyone, or until the group successfully accuses the Mafia - the Detective will obviously have a massive role to play in convincing the others to vote for the right person.

Although this game takes a lot of explaining, children absolutely adore playing it, and even though it can take a long time, it almost always satisfies all the players. Even if you are 'killed' in an early round, it is still most amusing to watch the squirming of other players, and to hear the heated arguments that arise over who should be executed next.

This is obviously a much simpler game than Mafia. However, it is a lot easier to play with young children and takes a lot less time to play. One player in the group is assigned the role of 'murderer', and must kill as many people as possible by winking at them, while the group's job is to successfully identify the killer. The correct way of doing this is for one person to accuse the murderer and another to second the accusation. The chief enjoyment of this game is watching the kids milk their deaths - some incredible acting abilities are likely to be showcased at this point!

There are many other murder mystery games, but these are the easiest games to play in regular youth group sessions. There is also the option of doing a special murder mystery party, but that requires much more equipment, preparation and cost; the Internet has many useful tips and tricks for setting up such an event. Hopefully the games mentioned here will give you some ideas for your own games and events!