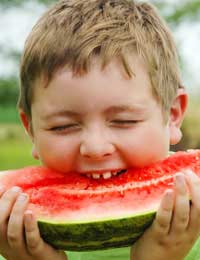 What is it about summer? There's something in the air which makes the heart sing, and the world seems fresh and new. For youth group leaders, however, the prospect of several unruly children, freed from their burden of arduous education, with plenty of light and space in which to run around, may be slightly less appealing than a sunny beach and a cold drink.

Never fear, though: this article will furnish you with some summer games designed to appease those energetic children in a seasonal fashion.

Surely one of the most important things to do in summer is to get out and enjoy the long days and the warmth of the sun. Allied to this is the fact that children these days are increasingly shunning their need for exercise and activity for entertainment relayed through a screen of some kind. It is your job, then, as a youth group leader, to provide some seasonal games which will bring summer to life.

Here are some ideas for games to be played in summer time:

As you can see, there are a huge variety of summer games for youth groups to play. Hopefully these have given you a lot of ideas for next summer. Don't forget to plan well in advance, and always have a couple of easy, no-equipment games handy if you have a little extra time. Also, remember to keep your youth group well hydrated with the sun beating down. Otherwise, enjoy playing these summer games - and check out our Christmas/winter games when the darkness is looming!